On Thursday, at 09:58, the Belton Fire Dept. received a call of a vehicle accident involving a logging truck on Calhoun Rd.  An engine, rescue and service truck responded and found a two car accident with one passenger car receiving heavy damage and an overturned logging truck leaking diesel fuel.  Belton EMS worked quickly to stabilize and load the truck driver for transport while BFD members stabilized the truck and stopped the fuel leak. A hoseline was stretched and crews checked for any other hazards.  DHEC was notified due to the amount of fuel lost and the Belton PD cordoned off the area while emergency crews operated.  The driver of the car was not injured.  Cothran's Towing responded to upright and remove the logging truck. 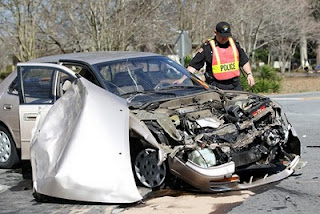 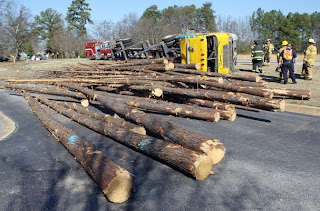 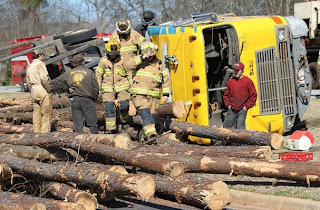 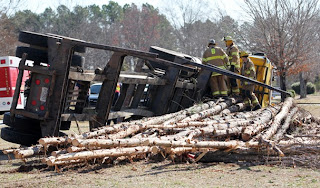