On 7/14/11, Belton firefighters were requested to assist Cheddar Fire Dept. on a large brush fire just outside the city on Hwy 20.  Three engines responded and immediately went to work extinguishing fires in different areas.  Multiple stations were called to assist with tankers and brush trucks to cut off the fire before it reached a gas pipeline terminal and several structures.  Hwy 20 and the railroad was shut down for some time while firefighters and SC Forestry service workers contained the fast moving blaze.  In all, over 20 acres burned before a fire break was completed.  Crews were on scene for approx. six hours as no homes were damaged and no injuries were reported. 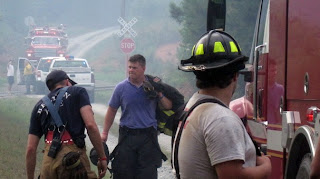 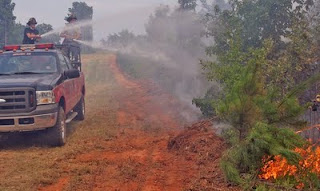 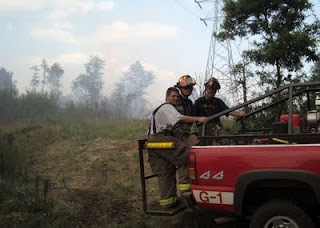